Tick-borne diseases: a glossary of terms in German and English 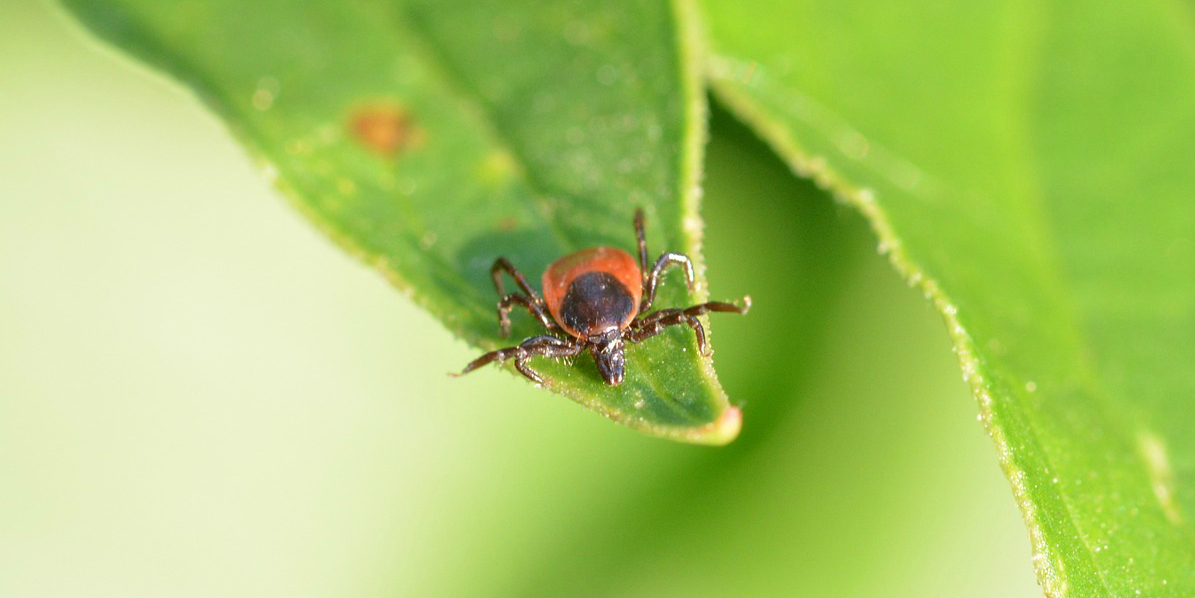 Ticks are annoying bloodsuckers that, like mosquitoes, can transmit diseases to humans. We have compiled a German-English glossary of tick-borne diseases as part of our series of glossaries on infectious diseases.

Ticks are arachnids and are related to mites. Adult ticks have eight legs but the larvae only have six.

Hard ticks or Ixodidae form one of the three families of ticks. They have a prominent capitulum (head) that is distinct from the body, with mouthparts that include the chelicerae to pierce the skin and the hypostome to anchor themselves.

They need a blood meal for each stage of development, often from an intermediate host such as a small rodent. The female ticks lay their eggs after this meal.

What happens when you get a tick bite

Ticks and their larvae and nymphs can be found on grass, old leaves and undergrowth – in gardens and parks, as well as meadows and forests. They become active in spring when the temperature reaches about 7 °C.

When a person or mammal brushes past, the tick climbs onto the host’s body to look for a suitable place to feed. Some ticks wander to find areas with a good blood supply and thin skin, such as the groin, armpits, hollow of the knee or behind the ears.

Ticks remain attached to the host for some time, ranging from several hours to a few days. While feeding, the tick’s saliva inhibits blood clotting, inflammation and pain in the host. This is why tick bites often go unnoticed, especially bites by tiny larvae, although engorged adult ticks are easier to spot.

The most well-known tick-borne diseases are Lyme disease, which is relatively common in Central Europe, and the rarer tick-borne encephalitis (TBE), which is caused by a virus. Ticks also transmit babesiosis, which can infect and damage red blood cells, ehrlichiosis, neoehrlichiosis and rickettsioses (a group of diseases caused by Rickettsia bacteria, including Q fever and bartonellosis).

Infections with multiple pathogens at the same time are not uncommon. Tick paralysis, a response to a neurotoxin produced by the adult female tick, is rare and as yet has not been observed in Europe.

If you notice a tick bite, you can remove the tick and have it analysed for pathogens. If it is carrying a disease, you can then be treated accordingly. It’s a good idea to mark the location of the bite, photograph it and make a note of the bite on your calendar. If you experience any symptoms such as fever, headaches, body aches or skin redness within a few weeks of the bite, let your doctor know and mention the tick bite.

Diagnosis is based on the symptoms and specific lab tests which may be ordered (such as PCR, ELISA or Western blot).

Treatment can vary considerably depending on the symptoms and findings, ranging from purely symptomatic treatment to several weeks of antibiotics.

The best prevention is strict protection against ticks: wear long sleeves, long trousers, tuck your trousers into your socks and use insect repellent (link in German).

After spending time outdoors, change your clothes and check your skin for ticks. If you find an engorged tick, remove it quickly and without squeezing it, which can at least reduce the risk of Lyme disease.

There is a vaccine for tick-borne encephalitis, but this does not protect against Lyme disease or other tick-borne diseases.

Original article by Imke Brodersen, English-German medical translator. English glossary terms and references by Jayne Fox. Translated by Jayne Fox, German-English medical translator and editor. I’d love to hear your thoughts on this article. Head over to Google+ or Twitter to continue the conversation!